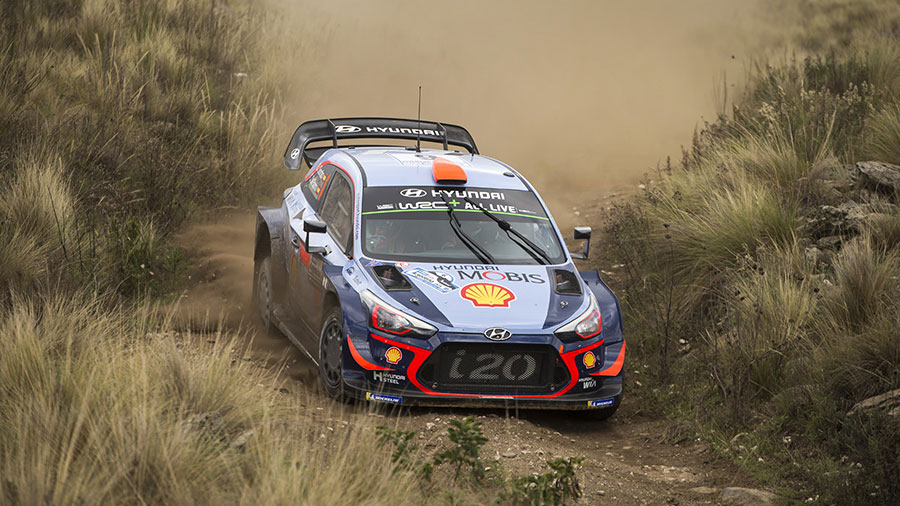 Rally de Portugal will be one of our busiest events of the 2018 World Rally Championship, as we enter four cars into the sixth round of the season.

It is the second in a run of four consecutive gravel rallies, and sees us back on European soil following our recent visit to Argentina.

Hayden and Seb return for their first WRC event since Sweden, and join Andreas/Anders, Thierry/Nicolas and Dani/Carlos as part of our four-crew line-up.

“I have spent the time since our last WRC event doing some small rallies in New Zealand and training hard,” said Hayden. “It will be challenging having not driven the WRC car for three months but Seb and myself are ready to give it our best shot.”

The fourth is with us

“This rally will be a big weekend,” added Thierry. “Not only are we entering four cars, but we are also determined to continue the form we showed in Argentina.”

We extended our lead in the manufacturers’ championship with a double podium result at the last round. However, with just 15 points to M-Sport Ford and 20 to Toyota Gazoo Racing, the competition remains intense.

“Running four WRC cars will require us to be extra focused and diligent,” said our Team Principal Michel. “There is no room for error as we target another strong all-round team performance.”

All four of our crews have had the chance to test ahead of Rally de Portugal, which consists of 20 special stages over four days of action.

The itinerary is almost identical to last year’s event, in which we secured a double podium finish. The schedule builds towards an exhilarating Power Stage with the famous Fafe jump on Sunday morning.

“Fafe is a highlight,” said Dani, “but there are many other enjoyable stages to tackle. It’s a special event for me, situated so close to Spain. Many supporters make the short trip to show their support, and it makes for a fantastic atmosphere.”

Andreas and Anders haven’t competed in Portugal in the WRC class since finishing second in 2016, but they are aiming to be among the front-runners. “It’s an event I enjoy,” said Andreas. “We’ll be looking to put our recent gravel experiences to good use.”

Rally de Portugal gets underway on Thursday evening with a Super Special at the Lousada rallycross circuit.

A SUCCESSFUL START FOR THE PEUGEOT 208 RALLY 4