Oliver Eriksson won every race he started at Silverstone this weekend (26/27 May), to speed into the lead of the 2018 RX2 International Series presented by Cooper Tires in front of more than 27,000 enthusiastic fans at the inaugural Speedmachine festival. Eriksson arrived at the celebrated 'Home of British Motor Racing'

Nine-time World Rally Champion Sébastien Loeb has kept up his impeccable record of finishing somewhere on the podium at every final in the World Rallycross Championship this year, underlining his consistency as well as his speed at the wheel of the PEUGEOT 208 WRX. His 3rd place on the Silverstone 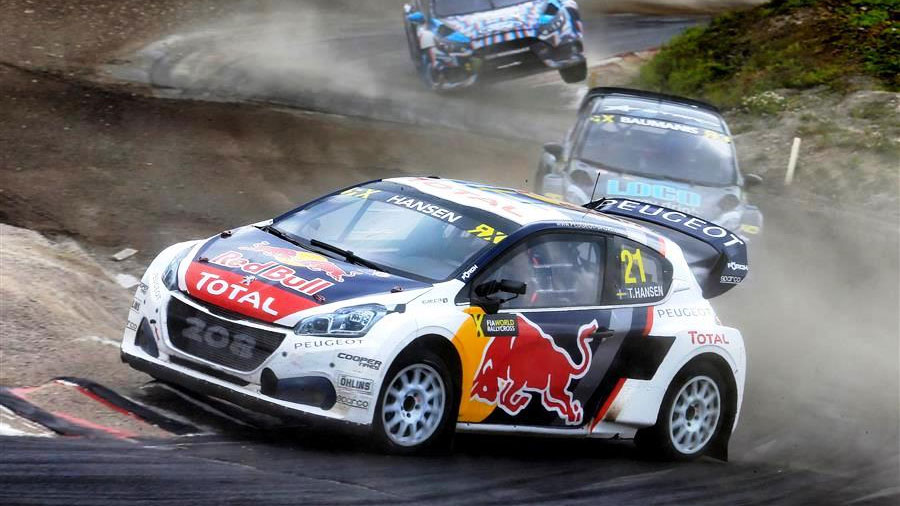 Silverstone, known as the 'home of British motorsport', is one of the most iconic locations on the global motorsport calendar, and it also forms part of PEUGEOT's competition history. The very first championship Formula 1 race was ever held in Silverstone, back in 1950. Since then, the British venue has played

Due to an excessively high number of crashes, some of which were particularly heavy and could have had serious consequences with regard to the crew's safety, and given that the risks involved were unjustified by the sporting stakes at play, Citroën Racing WRT has decided to terminate the participation of

KRISTENSSON DOES THE DOUBLE