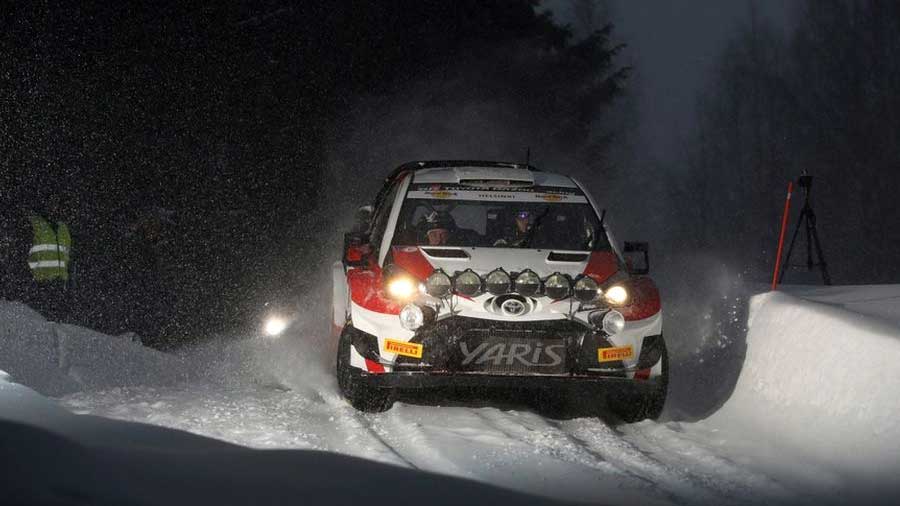 Pirelli’s Sottozero tyres equipped the Toyota Yaris WRC of Takamoto Katsuta, as the young Japanese driver won the Itäralli this weekend – a round of the Finnish Rally Championship – on his debut in a World Rally Car.

This is the second time in just a couple of months that Pirelli’s tyres have succesfully appeared on the latest generation of World Rally Car. Valtteri Bottas’ made his rallying debut on the Arctic Lapland Rally in January, piloting an M-Sport-prepared Ford Fiesta WRC fitted with studded Sottozero tyres.

Katsuta, a Toyota protégé competing in WRC2, enjoyed a strong run through the six stages of the Itäralli yesterday, but prioritised learning about the car in the snowy conditions rather than outright pace. The 25-year-old has previously used Pirelli Sottozero studded tyres to good effect in WRC2, winning the class on last year’s Rally Sweden.

“I had an amazing experience and enjoyed driving the Yaris WRC so much,” said Katsuta, co-driven by Daniel Barritt. “But at the same time, it was very challenging: the car is so fast, I only had one day of testing, and I was the first car on the road – sometimes it was like a snowstorm!

“I was very happy with the Pirelli tyres. I have a very good feeling with them and they worked well. From my side, I learned a lot about how to adapt my driving style to the car, but of course I still have a lot to learn. Thank you to everyone for this opportunity.”

The Pirelli Sottozero studded tyres proved themselves to be as suitably adapted to the Toyota Yaris WRC as they were to the Ford Fiesta WRC, where Bottas was also a stage-winner on the Arctic Rally.
Pirelli’s rally activity manager Terenzio Testoni concluded: “Our product has shown itself to be extremely competitive on national championships, even with the very top class of World Rally Car that relies heavily on aerodynamics. In these extreme conditions, the tyre provided absolute confidence to drivers to drivers getting their first taste of these very sophisticated cars in competition.”